We should see Islam as a religious, not a racial issue

In the wake of the atrocity in Nice, television presenter Sonia Kruger, like many of us, felt emotionally convulsed. She called for a halt to Muslim immigration. For this she was almost instantly denounced as a “racist”.

Source: We should see Islam as a religious, not a racial issue 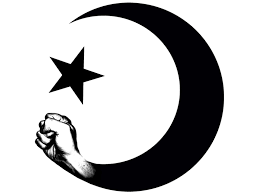 In the wake of the atrocity in Nice, television presenter Sonia Kruger, like many of us, felt emotionally convulsed. She called for a halt to Muslim immigration. For this she was almost instantly denounced as a “racist”.

That, in saying what she did, she made reference to a newspaper piece by Andrew Bolt was damning in the eyes of many of her critics. Yet, as she expressed it on Tuesday, this is a complex matter and we must be able to talk about it openly if we are to come up with solutions that keep this country peaceful and safe.

There are several matters that got tangled up in her cri de coeur, prompted, as she said, by her feelings as a mother and the outcry that followed.

First is the definition of racism; second, the distinction between those who happen to be Muslims by culture or belief and those who seek to impose Islam by terror and intimidation; third, the practical matter of immigration criteria; and fourth, the elementary principles governing an open society. Let’s address these one at a time.

It is vital to separate charges of racism from criticism of religion. Islam is not an ethnicity, not a race, even if it did begin as a tribal Arabic cult.

It is vital to separate charges of racism from criticism of religion. Islam is not an ethnicity, not a race, even if it did begin as a tribal Arabic cult. Any sound progressive should by now be across the fact, moreover, that the very notion of race is incoherent. But it becomes even more incoherent when those who express concern about Islam are charged with racism.

For one thing, wanting to keep Muslims out would extend across very many ethnic groups, from numerous African cultures to Arabs, Turks, Persians, Malays, Indonesians and others. And in all these ethnic groups there are people who are not Muslim at all. So, the charge of racism is absurd and confused. Seeking to keep Muslims out would be akin to seeking to exclude, say, Mormons, Scientologists or Buddhists, though no one is suggesting we do those things. Religion, not ethnicity, is the central issue.

Now, within countries or regions in which Islam is dominant, there are many people who would like to flee to more open and tolerant countries (such as ours) because they find the brand of Islam around them oppressive or reactionary. This does not mean that they repudiate their Muslim culture or traditions, any more than, say, Christian dissenters fleeing persecution in Christian Europe for the New World intended to give up Christianity, as they understood it. We should, surely, feel pretty comfortable welcoming such people, as a general rule.

What many people in the West are increasingly alarmed by, however, is the aggressive attempt by Islamic militants of various stripes to reinforce Muslim rule of a conservative kind wherever they can and also spread it into the West. This is a matter of growing and justified concern.

There are strong currents flowing right now in this respect that we should be seeking to divert from our shores, if we value our peace and safety. The question is not whether we have the right and even the duty to stem that tide. It is how we can do so most intelligently, consistent with our values and principles.

This is where immigration criteria become paramount.

The Prime Minister has responded to the media brouhaha over Kruger’s emotional outburst by declaring that Australia has and has long had a non-discriminatory immigration policy.

Long is an elastic word, of course. Many of us now alive can still remember the White Australia policy and it is worth remembering, all soi-disant (forgive my French in the circumstances) progressives should be reminded, that it was the ALP, not the Liberal Party, that most staunchly defended this discriminatory policy. Yet such non-discrimination depends crucially on the willingness and ability of immigrants to blend into the secular and open society that has grown from 19th-century liberal and utilitarian foundations in Australia. Most have done so, from the Jews to the Vietnamese. Muslims of different backgrounds need to do the same lest they become a problem for themselves and the rest of us.

Yet as Trevor Phillips, the non-white British Labour politician and anti-racism leader who originally coined the term Islamophobia, put it recently: “We are now in a different world from the 60s and 70s. What we should be talking about is how we reach an integrated society, one in which people are equal under the law, where there are some common values … They want to come here not just because of jobs but because they like this country — its tolerance, its eccentricity, its parliamentary democracy, its energy in the big cities.”

However, speaking in April, Phillips, the former head of Britain’s Equalities and Human Rights Commission, said he had “got almost everything wrong” on Muslim immigration and is now concerned at how large numbers of Muslims in the West are creating “nations within nations”.

We in Australia need to be clear about our goals as a nation in this regard, every bit as much as Britain does.

If we seek to include Muslims within a cohesive, secular society, we need them to give up the ideas of dominance and religious militancy, exclusion and apartness from “infidels” that characterise conservative Islam.

If we seek to include Muslims within a cohesive, secular society, we need them to give up the ideas of dominance and religious militancy, exclusion and apartness from “infidels” that characterise conservative Islam.

If for whatever reason this does not happen then we run the risk of alien and potentially hostile enclaves developing in our society and of mullahs and their followers seeking Islamisation within our borders.

Here, therefore, is how we should surely shape up the debate.

We see Islam as a religious, not a racial issue. We do not want, or should not want, to import religious fanatics to these shores or encourage them to believe that they are welcome to pursue their agendas here.

The question is, how do we hold that line without becoming discriminatory on sweeping racial or religious grounds?

That, surely, is a debate we can have in measured and rational terms. It is, in any case, the debate we must have.