Victorian Government takes the lead on religion in schools 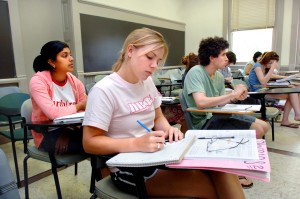 The Rationalist Society today applauds the Victorian Government’s announcement that it will introduce new curriculum to teach Victorian students about rationalism and secular humanism, and the world’s five major religions.

RSA President Dr Meredith Doig said, “In our globalising world, this makes sense. Our children need to learn about a range of belief systems, religious and non-religious. In the UK, in Wales, in Ireland, there are moves to strengthen professional education about religions and non-religious worldviews. This is about opening young minds to the reality of our multicultural, multi-faith society. It’s good to see Victoria taking the lead on this in Australia.”

The Victorian Government is introducing new curriculum about the world’s five major religions and rationalism and secular humanism.  SRI (Special Religious Instruction) will be taken out of class-time and treated as an elective.

Dr Doig said, “The RSA knows that parents and experienced leaders in the Christian community believe this is an appropriate step. They have recognised that for too long, when it comes to religion, the evangelical tail has been wagging the mainstream religious dog.”

There will also be new curriculum on “Respectful Relationships”.

Dr Doig concluded “This is particularly welcome, given the shocking revelations coming out of the Royal Commission into Family Violence. We simply must do something to build a greater sense of civility in both the private and the public spheres.”

About the Rationalist Society of Australia Inc.

The RSA is the oldest freethought group in Australia, promoting reason since 1906.  Members and supporters hold that all significant beliefs and actions should be based on reason and evidence, that the natural world is the only world there is, and that answers to the key questions of human existence are to be found only in that natural world.  We seek to stimulate freedom of thought, support a secular and ethical system of education, promote the fullest possible use of science for human welfare, and encourage interest in science, criticism and philosophy as connected factors in a progressive human culture.