Trying To Silence Unwelcome Views Only Perpetuates Them

Give bigots their right to speak.

Source: Trying To Silence Unwelcome Views Only Perpetuates Them 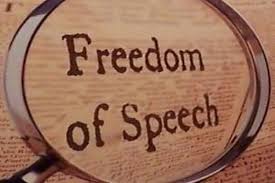 The "we-went-to-the-election-with" mantra is mute.

The government could quietly cancel what some have described as a $160 million homophobia festival. Perhaps that's a little unfair. The final bill will probably be closer to $500 million.

Liberal Senator Cory Bernardi has apparently secured the support of up to 20 Senators for a private members bill watering down Section 18C of the Racial Discrimination Act. The free speech issue does not command the same level of public support as marriage equality. But it should. It's in Australia's best interest to legislate on both free speech and marriage equality.

It's folly of the highest order to imagine we can protect everyone in the country from offence or insult.

Remarkably, most of the commentary fails to acknowledge Section 18D whatsoever. 18D exempts art work, scientific debate and fair comment on matters of public interest from 18C, as long as they are said reasonably and in good faith. Even though 18D goes some way toward mitigating 18C, it would still require mind readers and psychoanalysts to determine what speech is "reasonable" and in "good faith". Whether a recent cartoon by Bill Leak is reasonable or in good faith remains the subject of much ill-tempered dispute.

And, in the meantime, several QUT university students have their reputations and career prospects in tatters by charges which will no doubt be ultimately judged as spurious.

Advocates for retaining 18C in its present form bring up the tiny percentage (less than 5 percent) of convictions recorded as an argument for retaining it: as if huge numbers of spurious complaints, which choke up our legal process and benefit neither party, represents a virtue.

Don't be fooled by the super-sized red herring which asks you to reject changes to 18C because most of the free-speech advocates are bigots. Even if some of them are, it's not their opinions at stake. It's about what the general public -- that is, you and I -- are allowed to read or hear.

Do we really wish to censor ourselves from such views?

Those with unorthodox views on race or ethnicity don't appear to have changed their mind in the decades 18C has been in place, and we still vote some of them into parliament.

We've developed a culture of vilifying people who do or say the "wrong" thing. The media feeds on and recirculates the outrage until it becomes a many-headed hydra, bigger and scarier and more hateful than the prejudice from which it was spawned. And the media storm seems to attract more followers to the xenophobic cause than it turns away. The phenomenon is more advanced in other Western democracies, resulting in unfortunate blowback in the form of Brexit and the popularity of Donald Trump.

Disagreeable and prejudiced views should not be answered by outrage, rather by well-formed and considered arguments placing the spotlight on their failures, fallacies and inherent bigotry.

The same logic applies to debate on same sex marriage. While I think the parliament should simply legalise marriage equality, we have nothing to fear from debate. Sure, it will bring unsavoury views to the surface. And certainly, those views will insult and offend many in the LGBTI community. But would we rather pretend those views did not exist?

Wouldn't discussing and challenging those views, debating them, and ultimately defeating them, be far more satisfying than silencing them?

Notwithstanding that, same-sex marriage has been debated ad nauseam for a long time now. We don't need a non-binding plebiscite to tell us what opinion polls already have: the majority of Australians support marriage equality.

Bernardi claimed earlier this year that redefining marriage is not dinner table conversation outside of the "militant homosexual lobby" and "twitterati". But 18C is? It's hard to imagine tweaking the Racial Discrimination Act is dinner-table fare for anyone beyond libertarians and hard liners.

In response to the suggestion that other priorities supersede changing 18C, Bernardi said the government is "capable of walking and chewing gum at the same time".

While this leaves us imagining Senators entangled in chewing gum while eating their dinner, there's no reason or mixed metaphor which would preclude the government from legislating on both important issues.

Remember the golden rule of eating gum -- you must bring enough for everyone.

If Malcolm Turnbull can seize the gauntlet and use the bill on 18C to justify a free vote on marriage equality, he'd achieve the dual benefit of reasserting his own leadership and seeing the back of two distracting and divisive issues.

So, let's offer a toast to Cory Bernardi, wishing him good luck in removing "insult" and "offend" from Section 18C, thus, bringing marriage equality to the table. Resolve these and the Turnbull regime can move forward.