The message in the Census: End Australia’s Christian bias

Australia’s religious pluralism makes our nation’s tendency to privilege the Christian faith all the more problematic. 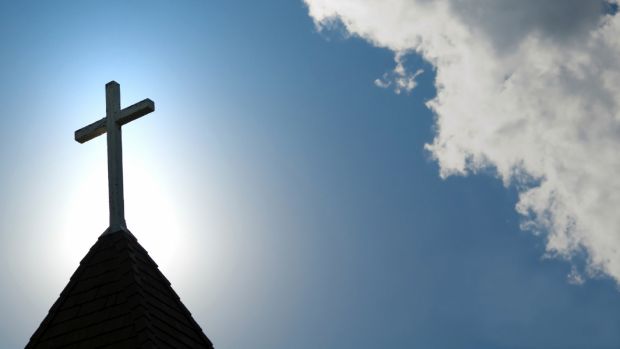 To those advocating for a more secular Australia, Tuesday’s release of the 2016 census results is hardly a revelation: the rising number of Australians ticking the “No religion” box is in line with trends worldwide, including in New Zealand and the UK, and corresponds to the inclusion of a fairer question format in the last census (in response to “What is the person’s religion?”, the “No religion” box appeared atop the list of possible answers, instead of below all religions, including the “Other” option).

Although the results may not be surprising, they are significant: 29.6 per cent of Australians identify as non-religious, outnumbering Catholicism, which dropped to 22.6 per cent, and thus becoming the single largest affiliation. The percentage of nonreligious jumped to as high as 37.8 per cent in Tasmania, 36.2 per cent in the ACT, and 35.4 per cent in South Australia, home to the City of Churches. Victoria, at 31.7 per cent, increased by more than a third compared to the 2011 census which saw nonreligious affiliation sit at 23.5 per cent. What is more, this trend is set to grow, as younger generations dominate the nonreligious demographic, and while older Australians remain at the core of the Catholic following.

The pressure, then, for governments to take seriously the need for our society to secularise is more powerful than ever. But we still have a long way to go. While the requirement of all parliaments in Australia, state and federal, to cite the Lord’s Prayer at the opening of their deliberations is manifestly at odds with the notion of a secular government, there are less symbolic reminders of religious bias.

One need only look to the National School Chaplaincy Program. Despite two unfavourable High Court rulings, the program retains massive governmental support and funding. More than $240 million has been dedicated to the program over four years up to 2018, after which the government has yet to confirm whether it will continue to fund it. Even before the Abbott government removed the option for “secular welfare workers” instead of chaplains, its existence in our public schools was an affront to the fundamental idea that our schools (and our society) should be free from religious bias.

The trend evidenced by the census results is not the only one supporting a need to see a more dedicated secular shift in Australian public policy. As more and more people live meaningful lives without religion, those who do identify as religious have become more diverse than ever. Australia’s religious pluralism makes our nation’s tendency to privilege the Christian faith all the more problematic. It clashes with our egalitarian nature, is potentially divisive, and risks imposing a Christian outlook on everyone, including minorities, irrespective of their beliefs.

For those who dispute this characterisation of Australia, it is less radical than you think. The parliamentary prayer is Christian, and the vast majority of chaplains who work under the NSCP are of the Christian faith. What is more, the origins of the funding privileges given to the Catholic private school sector, privileges which have attracted increased attention in the past weeks due to proposed federal funding changes, have been all but forgotten as historical political compromises and are instead being claimed by right. Research shows that generally parents choose religiously affiliated private schools not for their faith element but for the perceived better quality of education. This, then, is an argument for greater investment into public (secular) schools, and certainly weakens any kind of claim that the Catholic education system makes about their value in the sector.

Despite massive public support, some parliamentarians continue to oppose gay marriage, the decriminalisation of abortion, and voluntary assisted dying. While some offer explicitly religious justifications for these stances, others offer these same justifications as thinly veiled nominally “secular” arguments. It is clear that our federal and state governments make decisions based on the perception that Christians make up the core of our society, but they need only look at the latest census results, as well as the results of polling, to correct this perception.

Does secularism commit the same offence, imposing the views of the nonreligious onto the religious? No. The advantage of a secular society is its tolerance of, and neutrality between, different groups and individuals in society providing they obey the law and do no harm.

A non-religiously partisan society has the best chance of promoting individual liberty and freedom of thought, which includes freedom to be or not to be religious. A society in which privileges, exemptions and funding is provided to religious organisations is not a secular society. And while a society that provides privileges to religious organisations is not automatically the same as one that promotes one particular religious agenda, the effect is the same. In giving privileges to some groups and not others, the latter groups take on a second-class status. This is contrary to the fundamental requirement for government to govern all equally and neutrally; a secular society governs, protects and taxes followers of all faiths and none.

Secularism in this sense is simply not the reality in contemporary Australia. It is now time for that to change.

Tosca Lloyd is the Executive Officer of the Rationalist Society of Australia.