Slurs Are A Poor Counterfeit For Reason

There’s a subtle but crucial difference between respecting the beliefs of others, and respecting their right to hold those beliefs. It’s the latter which is important. The former is cultural relativism — something apparently abhorred by Cory Bernardi. 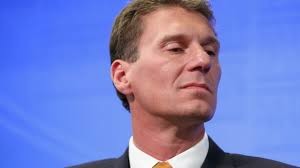 Bill Shorten branded Bernardi a homophobe. Slurs are a poor counterfeit for reason, as are conspiracy theories. As we’ll see, relativism is a charge that likes it both ways.

Bernardi described Shortens jibe as “a really sad indictment on the modern character of political debate”. Whilst true, this is not coming from the saviour of reason.“Bestiality” and “Burqas” are words inversely associated with that comparison. When he joined the Coalition front bench as a comparative young man, some feared his star had risen too soon — he’d become an anachronism before his time.

No doubt certain hidebound media commentators will paint this exchange as an infringement on Bernardi’s religious freedom. Perhaps they’ll trot out the thought-terminating-cliche that “aggressive” secularists are banishing faith from the public domain. But should we ever immunise the convictions of those in the public eye from ridicule and insult, simply because they’re founded on religious beliefs?

Conservative subscribers to the same 1950s, golden age thinking as Bernardi and co. will no doubt answer in the affirmative. Orwellian warnings about free speech and the inevitable ransacking of western culture by “cultural relativists” will ensue. But is free speech their real concern? Or is it the threat to cultural values such as the “headship” of males, and sexual preferences regarded as “abominations”? I wonder. Because rarely do we see them exhibit such high dudgeon over progressive causes. Although, who can forget Bernardi’s nuanced argument that sometimes it might be quite reasonable to subdue one’s own wife in a headlock?

In much the same free-speech vein, the Australian Christian Lobby (ACL) has demanded the lifting of hate-speech laws to allow a “rigorous” debate on same sex marriage. Of course the raison d’etre is to legitimise hate-speech in prosecuting their case. It’s not hard to see why this is wrong. Consider what other beliefs require justification via hate-speech? What other eminently reasonable and evidence-based policies are justified on the basis of vilifying people?

The refrain that “aggressive” or “totalitarian” secularists are driving religion from the public square is a smokescreen masking precisely the opposite. All Federal MPs received 2000 emails protesting the Safe Schools Program since October 2015, largely auto-generated by the ACL. The doctrinaire views of the ACL aren’t even representative of most Christians, never mind the wider community. For views supposedly silenced, they’re surprisingly loud and proximate to the seat of power.

Bernardi even used the same language as the talking points issued by the ACL. I like to imagine him walking out of his office in a zombie-like trance prior to obediently reciting the contents of his ACL emails. It’s possible that some politicians are temporarily persuaded into thinking these superannuated views represent public opinion. Thankfully, this malaise only lasts until they’re uttered out loud.

I’d like someone to point out how many bombings and terrorist actions “aggressive”, “totalitarian” secularists are responsible for? Perhaps those who use such accusatory terms should provide examples of the aggression and violence to which they refer. Evidence: now there’s a word for you.

Of course the use of the word “totalitarian” is designed to conjure up the glory days of Stalin and Pol Pot. Because state atheism was a tenet of Communism, the term is recklessly applied to anyone who disagrees with promoting Christianity today. It’s a contradiction in terms because secularism, by definition, forbids State intervention or the promotion of religion. So “totalitarian secularist” is an oxymoron akin to saying “warmongering pacifist”.

Turnbull’s concession to the reactionary forces within his own party is an odd one considering the responsible Minister, Simon Birmingham, just a week ago described Safe Schools “as perfectly reasonable”. It’s also odd because the program is charged with promoting certain “beliefs”. As the Greens have pointed out, the National Chaplaincy scheme is predicated upon the same principle. It also costs $243 million per annum, as opposed to $8 million. And let’s not forget the Religious Education/Instruction, which in practice becomes the proselytisation of children as young as six years old in Sunday school style sermons. And where is the outrage from the backbench about the Hillsong Church Shine program which promotes traditional gender roles and a conservative version of Christianity?

There’s a subtle but crucial difference between respecting the beliefs of others and respecting their right to hold those beliefs. It’s the latter which is important. The former is cultural relativism — something apparently abhorred by Cory Bernardi.

I’d like the few remaining mossbacks who stand opposed to equality to observe the glaring contradiction in their argument. Since religious freedom applies to all, neither side of an argument can use it to advantage. The United Nations Declaration of Human Rights unequivocally says that freedom of thought, conscience and religion applies to all beliefs, including atheistic ones and the right not to hold a belief.

So next time someone cites religious freedom as an excuse for privileging their own set of cultural demands, others can immediately neutralise it by citing their own religious freedom. It’s a principle designed to protect the rights of all. If only our culture warriors could see the sword of Damocles hanging over them.