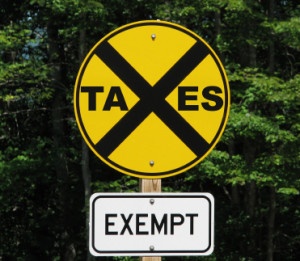 Rationalist Society spokesman at the time, Peter Dumble, said the studies showed a need for much greater disclosure and transparency of church accounts and for a clear separation of church entities, such as commercial and welfare agencies.

“There are significant tax concessions and other financial benefits that churches have over other organisations solely because they believe in a deity,” Mr Dumble said.

Mr Dumble said the Rationalist Society did not necessarily want exemptions scrapped, but demanded greater transparency. And it was concerned that exemptions applied not just to mainstream religions but sects such as the Church of Scientology.

Rather than attempting to quantify the amount of tax benefits enjoyed by existing churches (the data are hard to find and are probably under-reported anyway), the investigation by Victoria University’s Graduate School of Business took a different tack.

The study team looked at what tax benefits might be achieved by a newly establishing church – the New Universal Church (NUC) – assuming it had $10 billion of foundational funding.

The NUC’s structure and associated services were modelled on the Catholic and Anglican churches. The Brotherhood of St Laurence and the St Vincent de Paul Society provided models for welfare services; Mercy Health and Ramsay Health for health services; and Catholic primary and secondary schools and universities provided the models for education facilities.

Commercial operations and investments would be set up under an Investment Committee charged with maximising return on surplus funds, under the control of the NUC governing board. Day to day investment decisions would be outsourced to professionals.

As a start-up church, a presence in each of the major geographical areas of Victoria was assumed. New church buildings, centres for welfare operations, and new schools would be co-located in inner city Melbourne, each metropolitan growth corridor, and each major regional city. The ageing demographic profile in Australia suggested a growing focus on aged care facilities to generate sustainable income. The initial investment in such facilities could be recovered quickly from accommodation bonds and aged care facilities attract significant government funding.

The initial asset allocation suggested by the study team was biased to commercial operations and investments because of the time needed to acquire necessary approvals and then build and operate health, welfare and educational facilities. Over time however (say, 10 years), investment in aged care facilities would increase significantly, from an initial 3% to 15% of total assets.

Using this asset allocation, the model suggested total tax benefits of some $261 million over the first few years of the NUC’s operation. This represents 2.6% of total assets.

The Catholic Church in Australia reputedly owns $100 billion worth of properties and other assets; and makes $15 billion a year from its education, health and welfare businesses. All of its investment earnings are tax-free; it pays no rates on its properties, nor land tax, and there is no capital gains tax on the sale of its assets.

Using the study team’s modelling, the amount of tax forgone would be 10 times that of the NUC – ie, about $2.6 billion.