Religion, the State and the Law 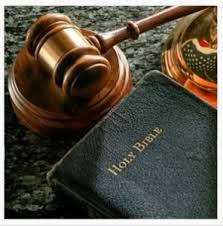 CHURCH leaders have often expressed views on matters that many people would regard as ‘political’, that is, as matter of public policy and not church doctrine. There is nothing wrong with this as a general principle, of course, and members of the church may find those comments helpful in forming their own view on what should be the policy on particular issues. [quote align=”center” color=”#999999″]A problem arises when church leaders intervene directly in a matter of state[/quote]A problem arises, however, when church leaders intervene directly in a matter of state, for example when a church leader specifically directs church members who are politicians on how they should vote on an issue in the public arena of parliament; or when the church intervenes in litigation between private individuals by seeking intervener status to put its own arguments about the law.

An example arose in Australia last month1)This presentation was made in June 2006. According to a press report on 28 May, Cardinal Pell, the Roman Catholic Archbishop of Sydney, said that Roman Catholic politicians who vote in favour of liberalising the law on abortion should no longer identify themselves as Catholics or go to communion. A federal Roman Catholic politician, the Honourable Christopher Pyne, was quoted in the same article as saying that he would follow Cardinal Pell’s advice on matters of faith and church doctrine: ‘If, in [the Cardinal’s] opinion, a Catholic who votes for abortion cannot call themselves a Catholic, I would be prepared to take his advice.’ The Honourable Julian McGauran seemed to agree, saying that ‘On issues of life, the church is unequivocal, from left-wing to conservative Catholics’. In contrast, Mr John Murphy, a Roman Catholic Member of the House of Representatives, was  reported as saying: ‘How I vote in Parliament is a matter of conscience and it has nothing to do with the Catholic Church’.

If we focus on what Cardinal  Pell reportedly said, it would seem that in his view the Roman Catholic Church is entitled to specifically direct its members who are politicians on how to vote on particular issues. [quote align=”center” color=”#999999″] Pell: the Roman Catholic Church is entitled to … direct … politicians on how to vote [/quote]This is surely a contravention of  the long accepted separation of the church and the state. Indeed, even Cardinal Pell seems to have some misgivings about meddling in the political arena as he is quoted in the same article as saying ‘he had to be careful not to be politically partisan ‘. What that could mean given his other comments is anyone’s guess!

However, if Cardinal Pell does believe that the Roman Catholic Church can direct its members who are politicians on how to vote on particular issues, that contravenes not only the protocol in civil society on the separation of church and state. It is also inconsistent with the recent statement by Cardinal Pell’s own leader, Pope Benedict XVI, in the Pope’s most recent Encyclical Letter.2)Encyclical Letter, Deus Caritas Est, 25 Dec 2005 The Pope said that:

Catholic social doctrine has its place: it has no intention of giving the Church power over the State. Even less is it an attempt to impose on those who do not share the faith ways of thinking and modes of conduct proper to faith … A just society must be the achievement of politics , not of the Church …3)Rowbotham , J; Sita, N, ‘Church can’t do state’s work: Pope’, The Australian  26 January 2006

When this Encyclical Letter was first published, Dr Paul Collins, a historian and former priest, reportedly praised its message as a return to mainstream Catholic thinking. He said that ‘the material about not replacing the state and not directly participating in politics is particularly good and is also in a way a veiled attack on movements such as the Right to Life, which impose what they see as a Catholic theology on the state’.

On  the  other  hand, one should note the  Pope’s reservations. He states, in the passage quoted, that the church ‘has no intention of giving the Church power over the State’, and that ‘Catholic social doctrine  … [should not] attempt to impose [its views] on those who do not share the faith …’. However, he also says that the Church should ‘help purify reason’; help free reason ‘of the danger of a certain ethical blindness caused by the dazzling effect of power and special interests’; and ‘help form consciences in political life’.

This is fine for Roman Catholics and perhaps on the basis of the last section, even Mr Murphy, who said that he would vote according to his conscience, would end up following the church doctrine. For Roman Catholics one might say that is as it should be. Members of Parliament should always vote according to their conscience on matters such as this. A parliamentary vote is not a plebiscite. If that were so, Parliament would have to re-introduce capital punishment, for which opinion polls continually show majority support across the whole electorate. And, although many votes are made on party lines, issues like the liberalisation of abortion law are quite properly left to a conscience vote.

However, even for Roman Catholics, what is questionable about Cardinal Pell’s statement is that he makes no mention of individual politicians developing their own conscience in the light of church doctrine. He states directly how they should vote. He apparently expects them to respond like the Honourable Christopher Pyne and say that they will take Cardinal Pell’s advice and vote accordingly on the basis that otherwise ‘they cannot continue to call themselves a Catholic’. If Cardinal Pell had considered Mr Murphy’s response (that his vote should depend on his own conscience and ‘that it has nothing to do with the Catholic Church’), then he showed no sign of it in the reported comments.

What evidence there is suggests Australian Catholics are nowadays no different from other citizens in their attitudes to [reproductive technology], and the same is likely to be true about controversial issues, such as lesbian access to it.4)Coady, CAJ,  ‘Religious  meddling:  A comment on  Skene and  Parker’  (2002)  28(4) Journal  of Medical  Ethics  221

The problem is even more troubling when church leaders speak on issues of more general concern than ‘life and death’ (on those issues, at least the church has long­ standing doctrine). But, as Professor Coady asks, what authority do church leaders have to move from religious principles that are part of their shared faith to ‘detailed injunctions about political, scientific, professional or other social issues. .. that are legitimately open to debate and decision amongst the laity and indeed people of good will of various persuasions’? On this view, the Catholic, Anglican and Uniting churches are acting outside their legitimate role in speaking publicly against the federal government ‘s recent policies on industrial relations and anti-terror legislation. Those issues should be left to politics and not the church.

Another instance of church intervention in matters of state is a recent trend for the Roman Catholic Church to seek intervener  status in private  litigation  in order to influence the development of the law in contentious areas like abortion or access by single women to assisted reproductive technology.

In the New South Wales abortion case CES v Superclinics5)The appeal was first heard on 15 April 1996: S11perclinics Australia Pty Ltd v CES & Ors S14111995. The Australian Episcopal Conference and the Australian Catholic  Health Care Association  sought leave to appear as amici curiae on l 1 Sept 1996. Ultimately, the appeal did not proceed the Roman Catholic Church was granted amicus curiae (friend of the court) status in a proposed appeal to the High Court. The case arose from a woman’s claim for damages against a medical clinic because its employee doctors failed to diagnose that she was pregnant after a number of consultations and two pregnancy tests. She said that the doctors had been negligent and that, because of the delayed diagnosis of pregnancy,  she had been deprived of the opportunity to have the pregnancy terminated.

In another case, McBain v State of Victoria,13 Dr McBain, a specialist in assisted reproductive technology (ART) successfully challenged the legislative ban on single women gaining access to ART programs  in  Victoria. He argued that the Infertility Treatment  Act 1995 (Vic) which  limited ART to married or stable de facto heterosexual couples was inoperative because it was inconsistent with the federal Sex Discrimination Act 1984. The Roman Catholic Church applied for and was granted amicus curiae status in the federal Court and Justice Sundberg devoted a large part of his judgment to ‘Submissions of the Roman Catholic Church’ (he rejected all of the Church’s arguments). Later, the Church applied to the High Court for an order to review Justice Sundberg’s decision; and leave was granted for the case to be heard by the Full Court of the High Court of Australia but the appeal did not proceed.

A church might gain a considerable advantage in promoting its own doctrine by appearing in a case such as this, especially at appellate level, because the final judgment in the case forms part of the common law and is likely to be followed in later cases. However, the addition of extra parties adds to the time needed for argument and the ultimate cost of the case and one must question whether it is fair for the individual litigants to be saddled with these burdens because of the nature of the litigation.

This article was first presented at the “Separating Church and State” national conference, June 2006, organised by the Australian National Secular Society, the Rationalist Society of Australia, and the Council of Australian Humanist Societies.