About six weeks ago, in a televised address during Ramadan, the leading Muslim cleric in Egypt, Ahmed al-Tayeb, grand imam of al-Azhar University in Cairo, who is hailed as one of the leading “moderate” teachers in the Islamic world, denounced apostasy from Islam as “grand treason”.

About six weeks ago, in a televised address during Ramadan, the leading Muslim cleric in Egypt, Ahmed al-Tayeb, grand imam of al-Azhar University in Cairo, who is hailed as one of the leading “moderate” teachers in the Islamic world, denounced apostasy from Islam as “grand treason”.

He stated categorically: “Those learned in Islam and the imams of the four schools of jurisprudence consider apostasy a crime and agree that the apostate must either renounce his apostasy or else be killed.” 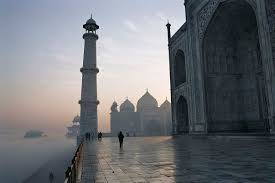 This prominent cleric has been a critic of Islamic State, of Salafist radicals and of the Muslim Brotherhood. He was appointed by former dictator Hosni Mubarak as grand mufti of Egypt and has been welcomed by Pope Francis to the Vatican.

Yet here he is backing condign penalties for apostasy from his religion. Pew Centre surveys across the Muslim world show that many Muslims do not support such penalties, although most Muslims in Egypt, Palestine, Jordan, Pakistan, Afghanistan and Malaysia do so. In (Sunni) Saudi Arabia, Sudan and Somalia, as well as (Shia) Iran, death for apostasy is official state policy and has been defiantly defended against UN principles of the universal human right to freedom of religion.

Whether you are Christian (of any denomination) or some other religion or no religion at all, you have a stake in this matter as a citizen of Australia and a resident of the Western world. Remember that in the long struggle for religious liberty and freedom of expression in the West, the right to apostasy — the right to reject religious orthodoxy or religion itself — was one of the hardest rights to secure. Now we take it for granted. That battle has most definitely not been won in the Islamic world. Al-Tayeb’s televised address is just one more sobering indication.

This issue should concern us, because the West in general is taking in more and more Muslim immigrants. Either we are clear that we intend to assimilate them into a culture of secular norms and freedoms, or we encourage Islamic mullahs — especially if they are Wahhabis from Saudi Arabia or Shias from Iran — to believe they can perpetuate the culture of fear and intimidation within Islam that prevails in so much of the Muslim world.

This is the cutting edge of the fraught debate about Muslim immigration and religious tolerance. The imam’s address in Cairo, as well as numerous other developments, shows that we cannot afford complacency or indifference. We should be on the front foot.

The debate over whether apostasy calls for the death penalty has a long history in Islam, but it now needs to end with an unequivocal denunciation of the very idea of intimidation for apostasy, to say nothing of the death penalty.

In that regard, there is serious work to do. Muslim Brotherhood advocate Tariq Ramadan has gone so far as to say, “Free and conscious choice and willing submission are foundational to the very definition of Islam. Therefore, someone leaving Islam or converting to another religion must be free to do so and her/his choice must be respected.”

That, however, is far from being the prevailing norm within the Muslim world and the eminent Egyptian cleric has just made things worse and more confused. Apostates again and again find themselves in danger. Even if they are not arrested and condemned for a private renunciation of Islam, they face severe threats if they seek to speak out against it.

Both cases are documented in Ibn Warraq’s illuminating 2003 book Leaving Islam: Apostates Speak Out. If you are interested in freedom of religion and the debate about Islam in Australia, this book is required reading.

As a case in point, Syed Ahsan Gilani, a young Pakistani activist who in 2012 co-founded the Atheist & Agnostic Alliance Pakistan, deserves our attention. Having grown up a practising Sunni Muslim, he rejected Islam in his late teens, concluding that the Koran was full of obscurantist mumbo-jumbo. During the past four years he has worked for the acceptance of religious dissent in his country and to provide counsel and support for those leaving Islam.

Now there is a young man who deserves the Voltaire Award for freedom of speech. He is not a celebrated TV personality and media star, with a comfortable lectureship at a good university.

My favourite figure from the early centuries of Islam is the great philosophical sceptic and apostate Ibn al-Rawandi, born in the early 9th century. He held that prophecy in general and that of Mohammed in particular was nonsense and that reason, not faith, should guide our thinking. He wrote that the Koran, far from being a work of inerrant revelation, was neither clear nor comprehensible, or of any practical value.

If this individual could have the insight and courage to argue so at the time of Islam’s first ascendancy, we have no excuse at all for doing otherwise.

A century after al-Rawandi, the great Mohammed ibn Zakariyya al-Razi rejected dogmatism, taught that no authority was beyond criticism and was scathing of those “billy goats with long beards”, the mullahs, who spouted lies and imposed on the feckless masses blind obedience to the “words of the master”. An admirer of the Greek philosophers Plato, Aristotle, Epicurus and others, he taught that critical reason is superior to claims of revelation and that salvation is possible only through philosophy.

Do not, therefore, corrupt young minds with the Koran, is the lesson of al-Razi. Rather, give them Aristotle’s Eudemian Ethics and encourage them to develop critical minds, public spirited virtues and scientific knowledge.

This must, surely, be the message of the West in our time. This should be our answer to al-Tayeb’s Ramadan address: we wish, like al-Rawandi and al-Razi, to see the world enlightened and liberated, not subject to dogmatic religion, which everyone should feel free to leave behind.