In defence of Santa

By now, the elves are wrapping the toys. The reindeers are running test flights. Santa is busy double-checking Xmas lists, and plotting the logistics of the world’s greatest overnight delivery. But a new UK board game, Santa vs Jesus, has blighted the festive season with unwelcome sectarian dissension …

Source: In defence of Santa – » The Australian Independent Media Network

By now, the elves are wrapping the toys. The reindeers are running test flights. Santa is busy double-checking Xmas lists, and plotting the logistics of the world’s greatest overnight delivery. 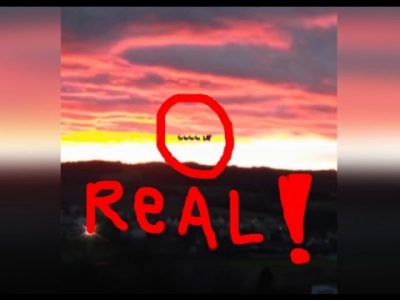 But a new UK board game, Santa vs Jesus, has blighted the festive season with unwelcome sectarian dissension, presenting Xmas as a pitched battle between Jesus and Santa. Cries of “insult, blasphemy” ensue: the satirical board game is accused of falsely equating belief in Jesus with belief in Santa Claus.

My blood boils at this sacrilege. Yet another example of politically correctness gone mad, and elitist intellectuals tainting our most cherished institutions. How dare they demean the good name of Santa Claus? On behalf of children everywhere, let us rise up and defend Santa’s honour. If not for own sake, for the sake of our culture, of our civilization, and by God, for the real meaning of Christmas.

That is, what Christmas really is: an end-of-year celebration, retail bonanza, and family reunion. A shop-til-you-drop procession of tinselled shopping malls, parking rage, office parties, Kris Kringles, twinkling streetscapes, Die-Hard and Love Actually re-runs, culminating in the once-a-year family get-together with the usual disputes and rows – all of the above made tolerable, joyous even, by stupefying quantities of sugar and alcohol.

Arrogantly, anti-Christmas-carol activists poke fun at the Santa story. How could anyone believe a jolly fat man at risk of early-onset-diabetes has the stamina and wherewithal to deliver gifts to every child in the world? Claiming that Santa is only Coca-Cola’s amalgamation of the yuletide characters of various traditions, these immoral, believe-in-nothings only demonstrate their blindness to the value of culture and tradition. Can they prove Santa isn’t real? No.

Frankly, I’m agnostic about the existence of Santa. But just because infrared technology fails to find any trace of an enormous toy shop at the North Pole, doesn’t mean I should rule him out altogether. Sure, I’m sceptical about Santa even fitting into most chimneys and I’ve never seen a flying reindeer. But “Absence of evidence is not evidence of absence”, as they say.

And, since when must omniscient beings lower themselves to mere terrestrial standards of empirical proof? Why should the lowly and common measures of evidence be applied to Santa alone? Indeed, using the arguments applied to other contemporary deities, belief in Santa is more than reasonable.

As St Anselm argued: given we can conceive of the greatest possible being – and, we accept that a being which exists, is greater than one purely imagined – then, that greatest being must exist. Thus, if we accept the premise that Santa is the greatest gift-giver, then, by irrefutable logic he must exist. Never mind that this also applies to the greatest sophist, the greatest idiot and the greatest obscurantist. They exist also, and often employ St Anselm’s argument in favour of their own articles of faith.

And, as we know, faith is an element of proof in itself. Have faith and ye shall be rewarded. Where a deficit of proof exists one can legitimately insert “faith” to bridge the gap. Then – Poof! – the object of faith reliably appears!

Behold, every year, millions of children put their faith in Santa and the Christmas team dutifully delivers. After days and days of breathless anticipation the big day comes… Then, hurrah! Squeals of delight, and yelps of excitement attend the feverish unwrapping of real, actual gifts. Ask any child how convincing this is.

Further, Santa is ubiquitous during the festive season, appearing on television screens constantly. News services track his progress from the North Pole. Parents everywhere use the supervising presence of Santa to wring some good behaviour out of their otherwise insolent offspring. Either Santa exists, or most of the adults in the world are complicit in a global Santa hoax conspiracy.

If this still fails to satisfy, allow me to borrow one of the planks of Biblical scholarship. The “criterion of embarrassment” states that if historical accounts are embarrassing to their author they can be assumed to be true. Now, consider the story of a ridiculously attired and morbidly obese man who supposedly travels all around the world on flying reindeers delivering presents to children he somehow divines as good. Embarrassment galore! Increasingly, scholars dispute the validity of this criterion – justifiably so, considering debate in the Australian Senate.

Austere scientific thinkers may have trouble accepting the Santa narrative. But remember, this is a moral tale not a scientific one, not meant to be taken literally. It’s about favouring “nice” over “naughty”, “good” over “bad”, by rewarding the good children with presents and lumbering the rest with smelly coal.

But, as all parents of young children know, this begs the question as to how children actually behave. The problem of evil. Given Santa’s omniscience and superpowers, how do we explain the continued reign of terror by these frightening midgets? Free will hardly suffices to explain temper tantrums, impudence and addiction to video games, rivalling that of present-day Australian tennis stars. Seeing as the promise of gifts has conspicuously failed, and since global warming has curtailed Santa’s access to coal, a more interventionist policy is warranted. It’s unsurprising that the world’s major religions moved to slightly harsher penalties such as roasting and re-roasting in the flame-pits of hell. Likewise, it’s easy to see how the religions of Abraham condemned the whole of humanity as corrupt and fallen, requisite of salvation.

And so, a radical new plan emerges. A new prophet will arise – Santa Junior – an elfin messiah of the children. He will be seized by secular powers and gruesomely tortured to death, signifying Santa’s gift of redemption to horrid little monsters everywhere. And then, showcasing Santa’s full repertoire of magical powers, Santa Junior will be sensationally brought back to life. Although this somewhat negates the supposed sacrifice, it caps off the story nicely. And, if this doesn’t work, Santa will equip his sleigh with intercontinental ballistic missiles and commence laying waste to play centres and schools. So please, give Santa some respect. And kids, if you don’t like the sound of apocalyptic Santa, you had better actually be good from now on.